The translation of this page was generated automatically. Please click here to see the original in English

On this day two years ago we released the first version of Maps Marker Pro. The project has been growing ever since, we’ve been amazed by the feedback and positive response. A huge thank you to you, our users – we count ourselves lucky to be able to work on what we love!

After two years, we thought it’s time to get a little personal:
We got Robert, the founder and main developer of Maps Marker, to answer a few questions! 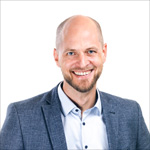 Everyone loves a good origin story. What’s the history behind Maps Marker Pro?

In 2011 I attended an open government data hackathon by the city of Vienna, where my fellow developer and friend Sindre Wimberger introduced me to Javascript mapping library leaflet.js. I had been doing several WordPress projects at that time and was curious whether there was already a leaflet WordPress plugin available. I found a rudimentary one that I could build upon, to display the open government maps of Vienna, as part of the hackathon challenge.

Soon after I thought: Hey, if I can implement OpenStreetMap, this will be useful for the rest of the world, too! So I started started developing Leaflet Maps Marker. I was overwhelmed by the positive response, and the user community grew fast. It all worked out so well that, 1.5 years later, I was able to later add a higher-powered version with Maps Marker Pro, and we’ve been improving it ever since.

What are the biggest challenges in developing a WordPress plugin?

Ensuring compatibility on different hosts and different setups, that’s definitely a challenge. Because this comes up a lot, I built a plugin compatibility check that automatically warns you about known issues and tell you how to fix them quickly.

Another challenge is to keep up with latest security standards. My experience there: always think of fallback scenarios. One time I changed plugin updates to be delivered via https only – which worked fine on current servers but failed on lots of servers out there using outdated technologies or libraries, so I had to go back and work it out.

But I love what I do and I wouldn’t have it any other way. And we have a great user community: their positive feedback, constructive comments and reviews, they motivate me to always give my best.

What other projects are you working on?

I co-founded open3.at – an non-governmental network for the promotion of open data, open government and open society in Austria, and I am part of the offene-oeffis.at initiative, campaigning for open data in the Austrian public transport system.

But not all data should be open: Personal data should always be private and securely encrypted. That’s a concept I always follow in my own projects. To promote the importance of encryption, I approach other websites and providers and help them to fix their security issues.

And last but not least, I am always trying to keep up with net politics, because I think that issues like privacy, openness and transparency are key-factors in a democratic society.

Care to meet the rest of the team? Check out our updated About Us section to see what a coffee dealer and an archaeologist contribute to the project.

Thank you for two great years of Maps Marker Pro! We happily look forward to many more!

If you're looking for technical support please click here, for all other questions please use our contact form to get in touch! We´re looking forward to hearing from you!